You ask me why you have 20 followers and I have over 100,000. Why do hundreds of people retweet me every day and no-one pays attention to you?

I’ll let you in on a secret, you’re probably smarter than me, better looking than me and are a better “people person” than me. The difference in our results online is that I’m not constantly asking people to follow me, posting rubbish about what I ate for lunch or that I’m going to the bank.

The best results on Twitter, Facebook, Linkedin, Google+ or any other social media platform come from following two philosophies religiously: 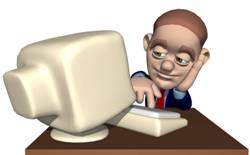 Share inspiring quotes, ask questions that make people reconsider why they do things the way they do, maybe throw in a few jokes. If you read an article or watch a video that you really found useful or enjoyed, share it! There’s a good chance other people will find it useful or enjoy it too.

Being boring, especially on social media, is an unmistakable sign of a newbie. It’s ok to throw in a few boring tweets if you absolutely have to, but maybe at a rate of 1 out of every 100 tweets. Not every second one!

Despite how Twitter started, you should practically never answer the original Twitter question of “What Are You Doing?” – that’s a total rookie move.

Don’t be a newbie. Don’t be boring. ‘Nuff said.

Give And You Shall Receive

If you want people to share your tweets, share some  of their tweets that pass the “Don’t Be Boring” test. Do it first, without asking for anything in return. Don’t come onto Twitter and @reply to Ashton  Kutcher, Lady Gaga or Justin Bieber asking them to tell all their fans to follow you. Don’t DM people asking for shoutouts, saying you’ll give them a shoutout if they give you one!

Come on, would you give you a shoutout if you were asked like that? 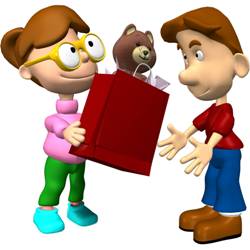 “Hi, I’m James. Introduce me to all your friends so I can meet 500 people. If you do, I’ll tell my friends how cool you are.”

Ok, maybe you’re so desperate for attention that you consider their request. But imagine instead that you’re a rock star like Bono and someone comes up backstage with the same offer. Are you likely to go on stage and say “Hey everyone, James is really cool, you should totally meet him“? Not gonna happen.

So how do you think I and many others respond when someone sends us a message out of the blue asking for a shoutout? Messages like that go straight into delete, along with the people asking for mobster wars stuff, messages telling us how to get a thousand followers or other Twitter DM Spam.

*Note: I’m not suggesting you actually need to buy someone on Twitter a drink, virtual or physically. You need to give them something worthwhile, something they value. The best gifts are ones without a monetary value. Though if you really want to buy me a drink, I’m not likely to say no :)

Give first, expecting nothing in return, and you’ll be surprised at how many people reciprocate.

Remember: you’re the one wanting something from them.